The New Green project has as a starting point the creation of a myth, a company that is the first worldwide to discover a formula that converts the green color found in nature into blue. TNG creates imaginary gardens all around the world, at the most significant monuments and sites, by utilizing the plant-based blue pigment and bringing it back to its natural habitat.

The New Green presents in Hydra, the work Part Two/The expectation, a monument for the young hero who was dedicated to the unattainable.

An anarchic, asymmetrically structured ‘blue garden,’ comprised of 320 plants found in Hydra’s landscape, becomes a monument dedicated to the marginal, the self-grown, the allure of the lie, the hopes that are never confuted due to their very nature as fantasies that never touch the limits of reality.

A garden that is incorporated into Hydra’s barren landscape like a promise frozen in time; situated like a modern myth, amidst utopia and the mundane, restoring to the color blue the character and symbolisms that literature previously bestowed on it.

An allegory that concludes Heinrich’s novel and creates the ideal place that the young boy never encountered, thus assigning to the landscape the dimensions of a paradoxical destination by which one can either encounter or be encountered.

A blue that “when-it-grows-up-would-like-to-be-a-natural-landscape” becomes a reminder of contemporary reality, which is defined by our sense of weakness to correspond to our hopes; as well as the reason for belief in anything that is promising by embracing either the impossible either the irrational. 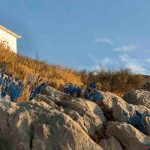 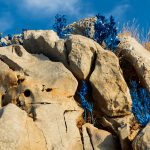 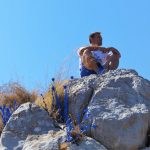 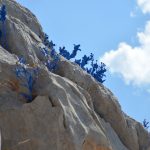 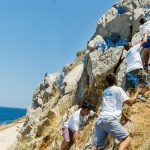 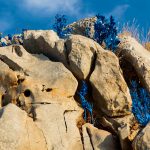 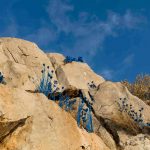 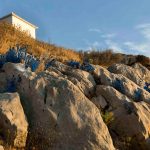 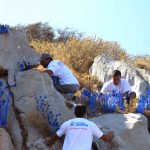 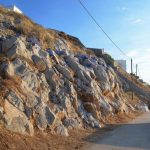 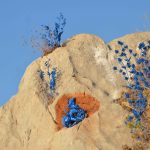 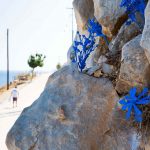 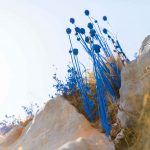 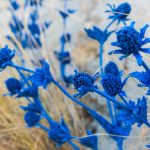 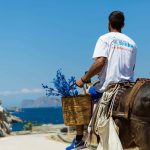 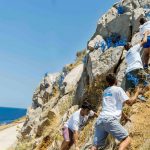