The work Albi Welcomes The New Green was created on the occasion of the ETAC two-month artists residency program at Albi, France, in cooperation with the Centre d’art Le Lait. During the residency and studying the city’s history, an imaginary narrative was created that connects Albi’s history with that of The New Green, as well as a city-specific advertising campaign that was promoted through the performances.

The narrative was based on Albi’s history, which, already from the 15th century, and due to the highly sophisticated methods of the time, produced and exported blue dye from the plant Pastel, making the city one of the most affluent ones in Europe. This led to the price of blue color exceeding that of gold. Concurrently, the emerging narrative included important figures that lived in Albi, exhibits from the city’s museums, the history of the blue color, and of TNG.

The new narrative took the form of an installation, with 3 performances being presented as well, two in the public space and one during the subsequent opening of the exhibition. Following several meetings and relying on methods of improvisation, the performers were presented as TNG employees, the only company in the world, which, by developing Albi’s methods, invented a formula for altering the blue dye that comes from the plants and then re-inserting it into them. With posters and banners throughout the city, advertisements on social media, and handing out leaflets on the streets, they presented themselves as the successors of the vision of transforming nature which began in Albi. By relying on historical facts, they initiated a dialogue regarding the desire for a change, cultivating a new need, disturbing what is considered normative, and suggesting the adoption of an undertaking that is so oneiric as well as paradoxical.

Remember the present, Le Lait-Center of Contemporary Art, curated by Jackie-Ruth Meyer, Albi, France. Photos of the performance at the public space and at Le Lait by Phoebe Ruth Meyer. 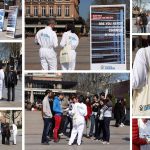 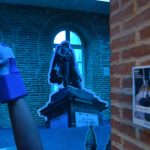 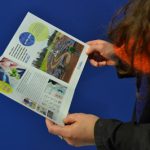 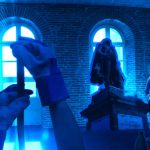 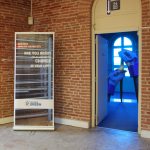 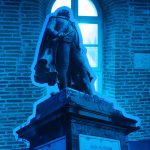 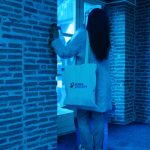 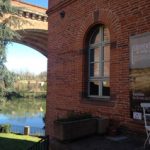 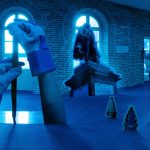 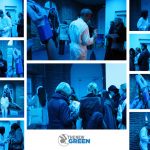 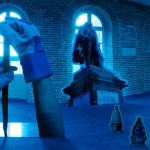