The work Let’s talk about nothing was prepared after being invited for exhibition at the Royal Museum of the Armed Forces and Military History in Brussels, an immense museum with tens of thousands exhibits, firearms, portraits, uniforms, vehicles, medals, aircrafts, and representations of important scenes from the world military history.

The performance is based on a scene from the war film “La Grande Illusion” (1937), directed by Jean Renoir and written by Renoir and Charles Spaak. In the said scene, two military officers of the French and the German army begin a conversation about class, social position, and the war’s consequences.

Having as a starting point the original script of Renoir’s film, the artist invites a visitor at a time to play this role with her while, simultaneously, touring the museum. Initially with some hesitation and uneasiness and while walking among the thousands of exhibits that function as witnesses of a military strike, they begin to adopt their roles, and through the constant change of the script, questions pertaining to human relationships begin to arise. Subsequently, the text’s character is changing constantly, going through different stagesawkwardness, formality, intense sensitivity, irony, devaluation, seduction, indifference-ending up asking questions about the relationship between the artist and the visitor both in that specific moment and in the contemporary times in general. Renoir’s humanistic outlook, as it is evident through his career in the film industry, triggers a contrived dialogue, which, by undergoing various stages while constantly changing the tone, transcends every form and reaches to a raw honesty.

In the film’s trailer on the occasion of its rerelease in 1958, Renoir commented: "[La Grande Illusion is] a story about human relationships. I am confident that such a question is so important today that if we don’t solve it, we will just have to say ‘goodbye’ to our beautiful world.”

The performance took place at the Royal Museum of the Armed Forces and Military History in Brussels in 2016. 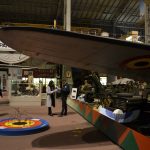 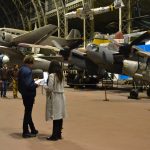 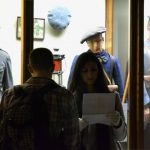 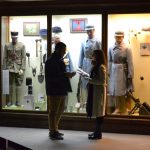 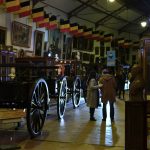 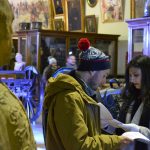 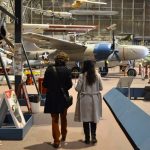 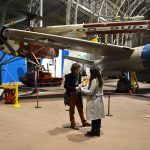 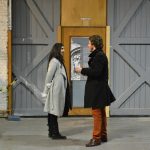 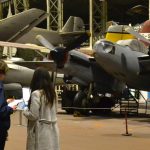